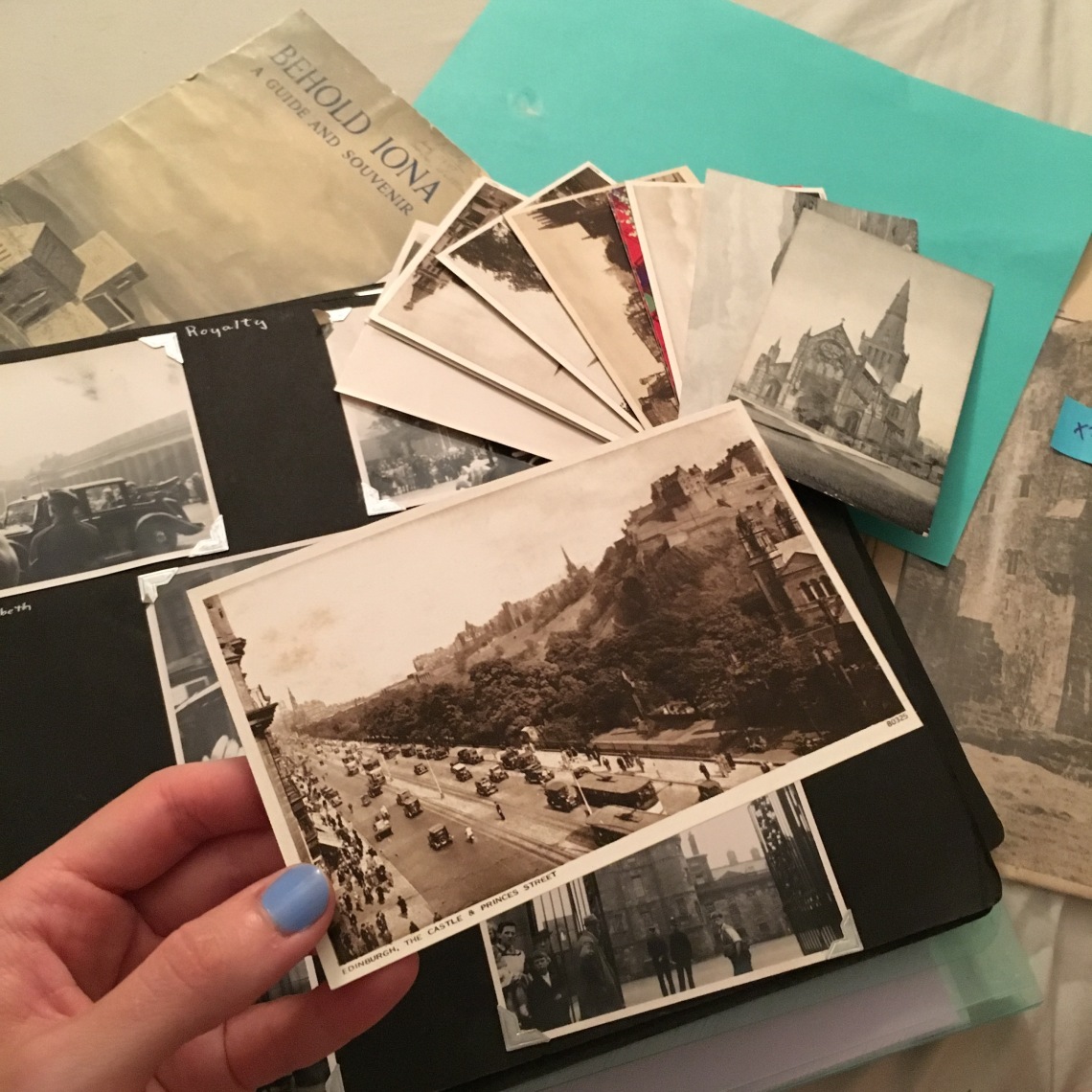 It’s the year 2016 and I leave for Edinburgh on September 2nd. 69 years ago my grandma went to Scotland (it was September 1947) and her pictures of Loch Ness lake just came in the mail along with postcards from her trip to Edinburgh with a student tour group. I’m so ready to go and see it all for myself in a couple of weeks. The thought of going somewhere like Scotland doesn’t seem real at the moment. I’m not sure if I’m even going or if it’s a figment of my imagination. The only way to know is to check my Delta mobile app to see if plane tickets actually exist… 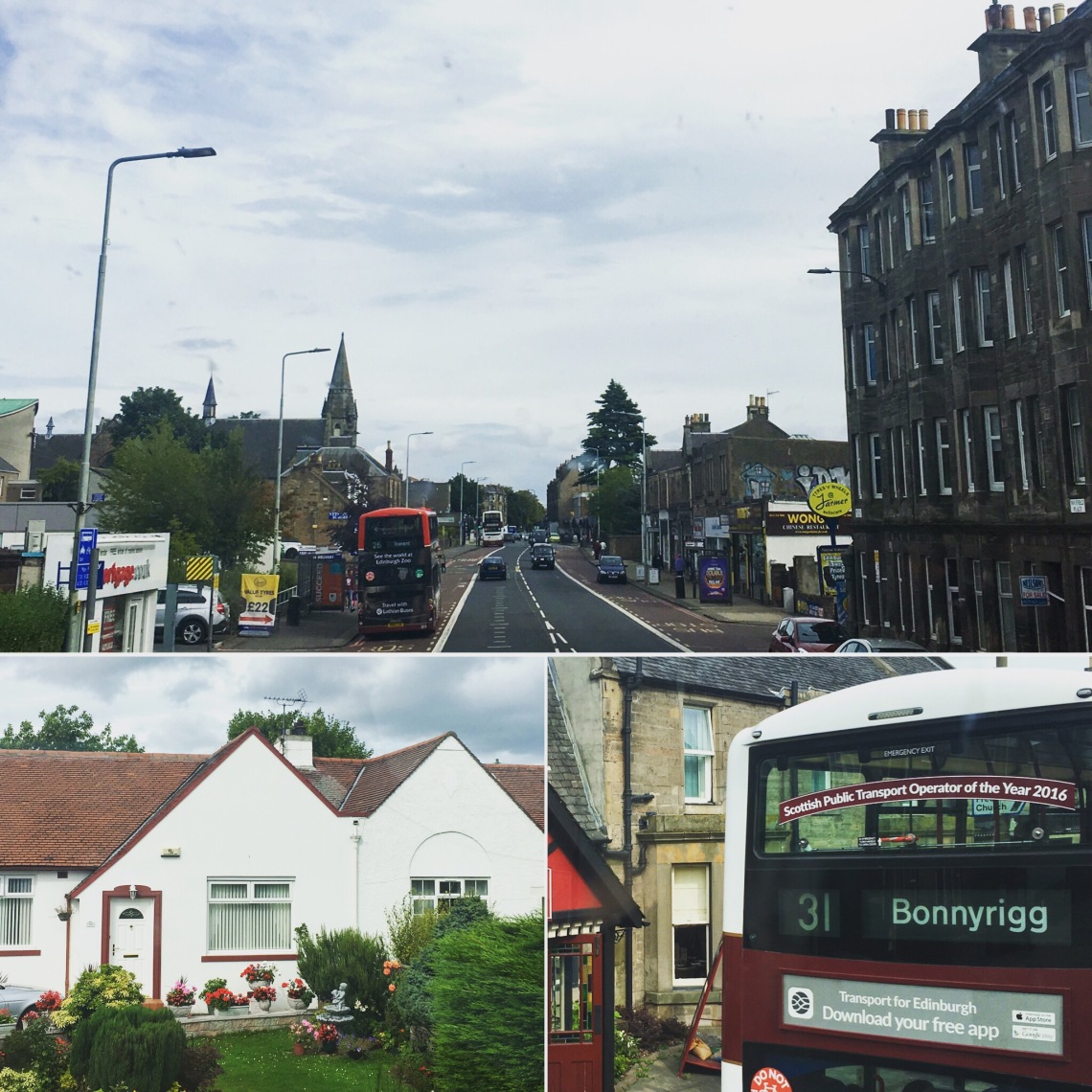 After a 3 am take-off I made it out of New York and into the Edinburgh Airport. On one hour of sleep I rode through sweet little towns like Wester Broom and Corstiphone, into Edinburgh’s City Center. The airport bus had bugs all over the window and no A/C. Castles on hills and old town gothic architecture rose all around, and with no direction or map, I just started exploring, talking out loud to myself like How lucky a person is to be here. Nothing looks real.

I was worried that Edinburgh would be a depressing city, with the reputation for being grey and lonely, but there is a busy “new town” with fancy shopping, scenic parks and trendy restaurants. “Old town” where I stayed was cobbly, charming, inviting. I didn’t need to do or see much, just to be there.

I stayed in a backpacker lodge so I could meet people. Two bunkmates from Australia sat in the room all day eating Doritos and watching Harry Potter. They accidentally took my phone charger when they left so I had no charger the entire trip. 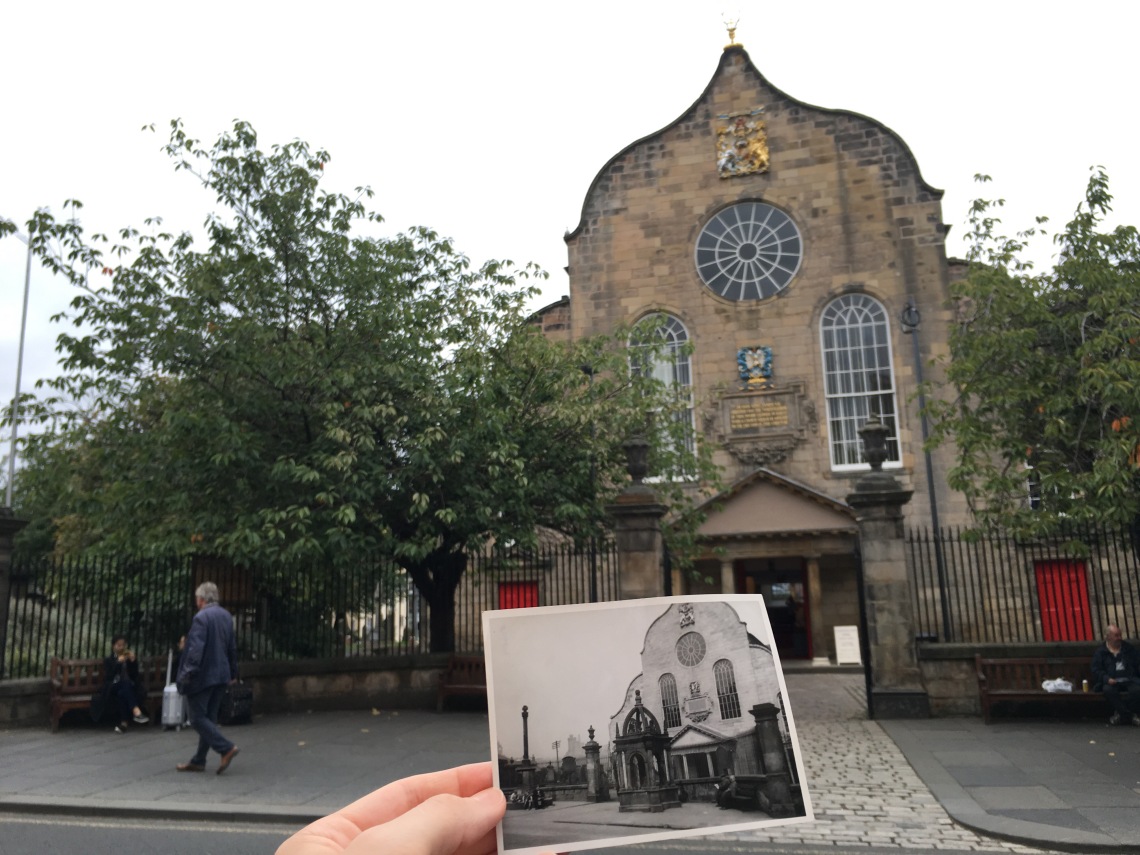 I had packed my grandma’s postcards to bring with me into the city center and recreate their settings in my own way. Her postcard of Princes Street Gardens and the Scott memorial seemed the most memorable and iconic. When I saw the gothic tips of the monument rising from the gardens it was like history repeating itself, from September 1947 to now in September 2016. 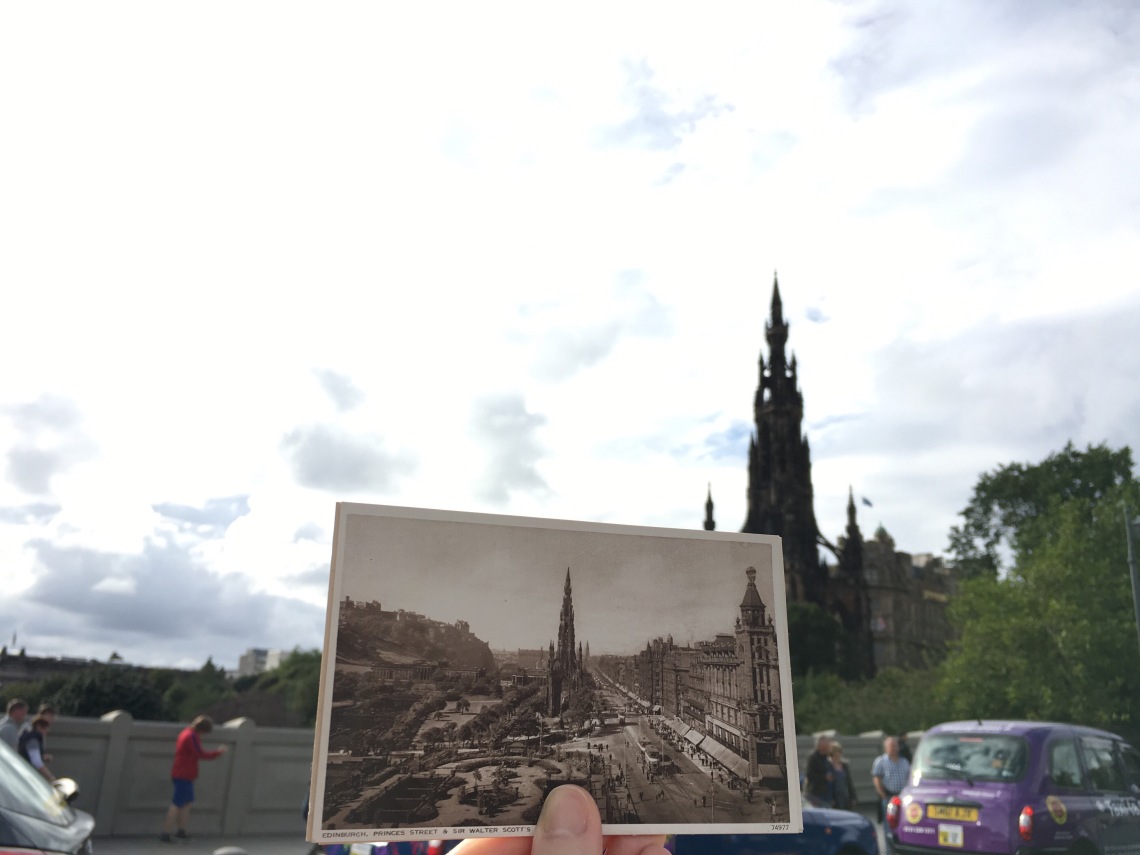 The next day on the train ride to Inverness an American couple who I met on a ghost tour the night before sat next to me and we went on a sightseeing cruise of Loch Ness together.

My grandma’s postcards and photographs made it all this way, marking a new memory for both our histories. As the boat motored through the historical waters, the wind so strong, I thought they might blow away, history never to repeat again… 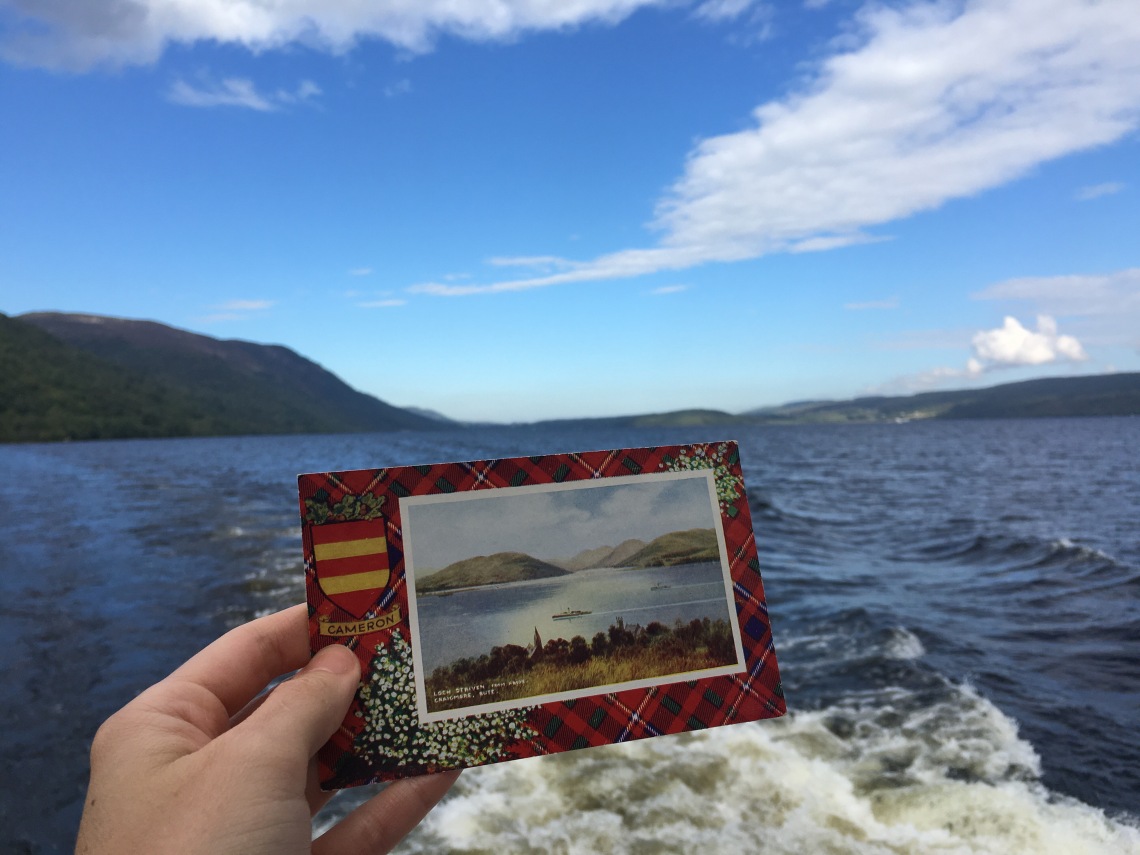 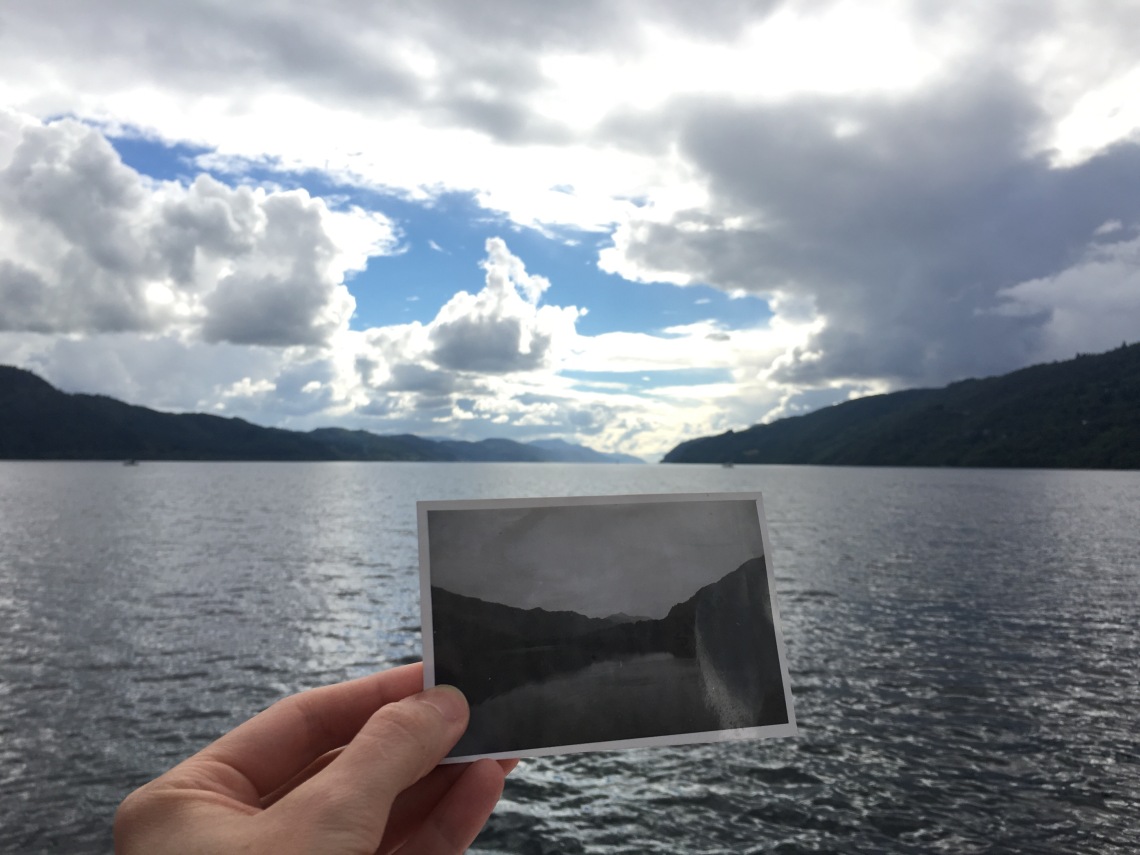 Out on the lake, I didn’t see the Loch Ness monster but it was worth it just to be there and to believe in the make-believe.

Loch Ness, 889 feet deep, was beautiful and blue, and full of something called “peet” yet it is the purest drinking water. There is a castle there called Urqhart, and at the foot of the castle’s hill you can reach directly into the waters and drink from them. 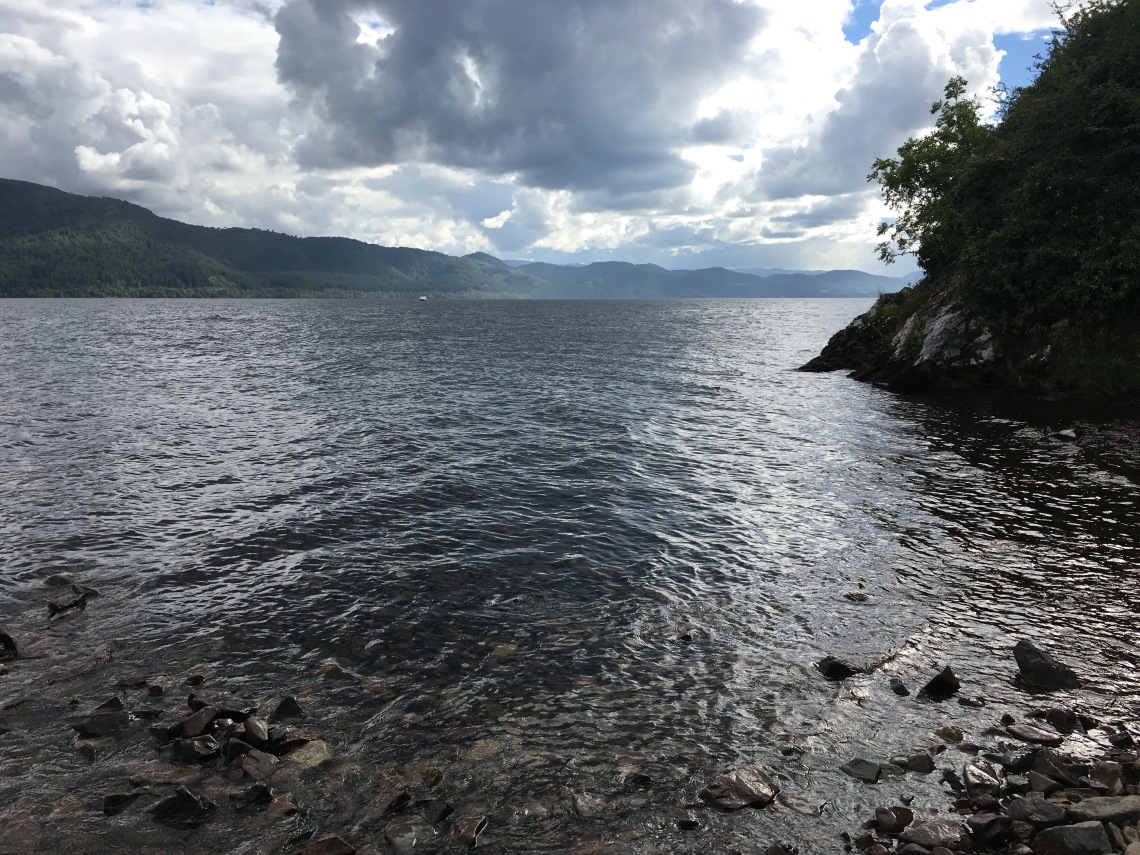 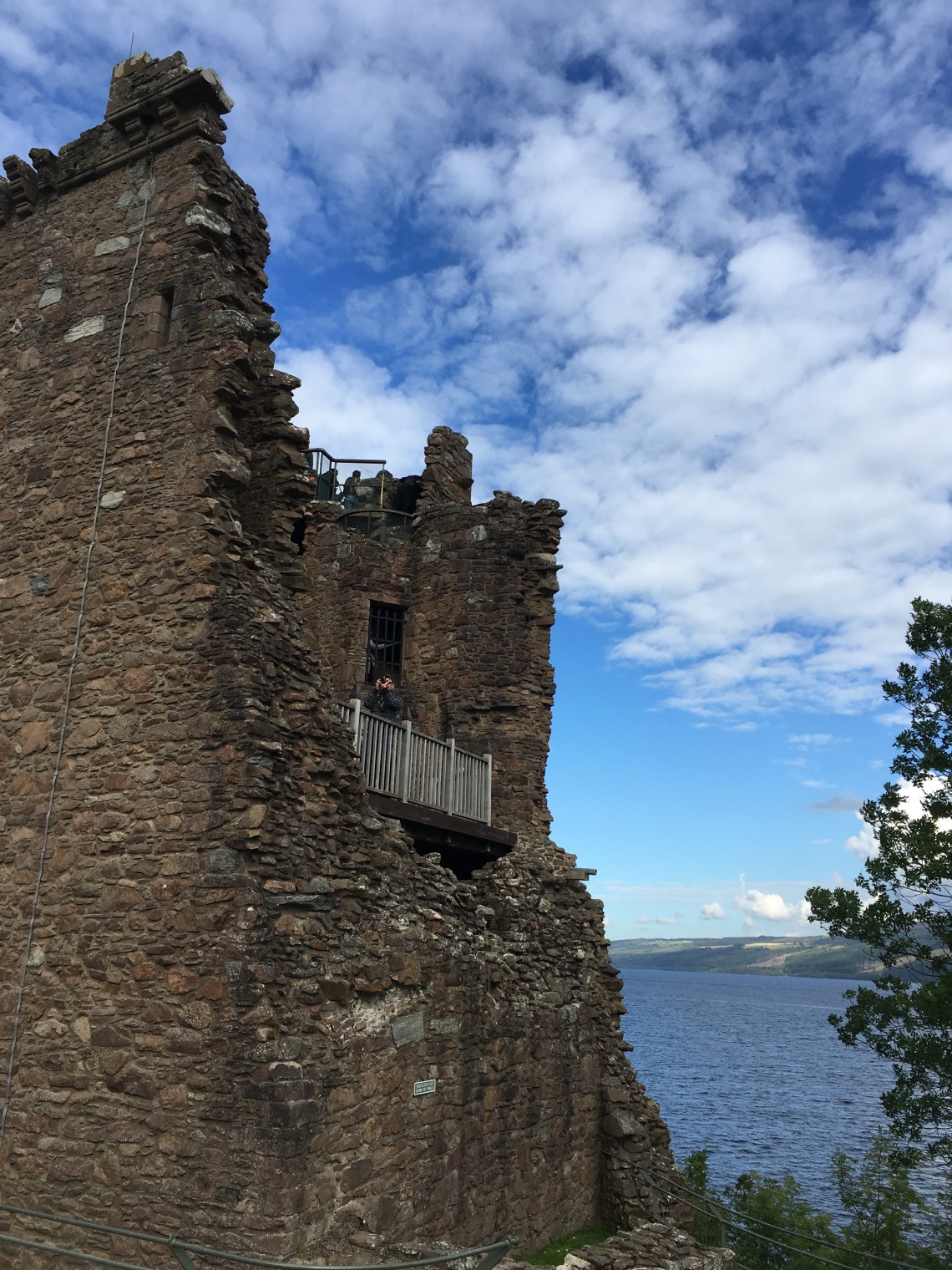 From Inverness city center it was a long train ride back to Edinburgh that night. Walking home from the train station, cold and numb even though it was summer, I could tell how none of it seemed real; the surrounding buildings lit up like castles in the night.

They WERE castles. And some hid from the light.

Finally I thought, maybe it all could be real…

Read more: Glasgow – Visiting the Glasgow School of Art for the 2016 graduate show